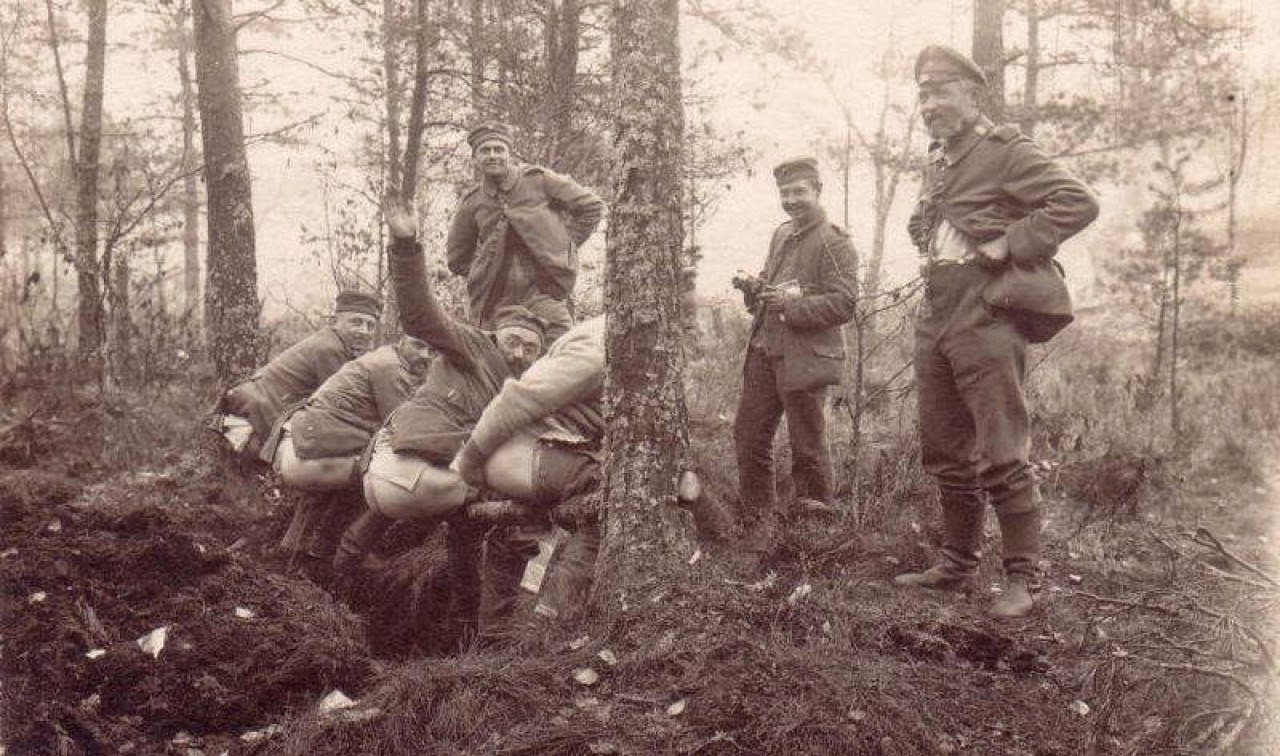 
Pope Francis (77) has called in drastic words to stop the IS-terrorists in northern Iraq. He even spoke of a third world war. 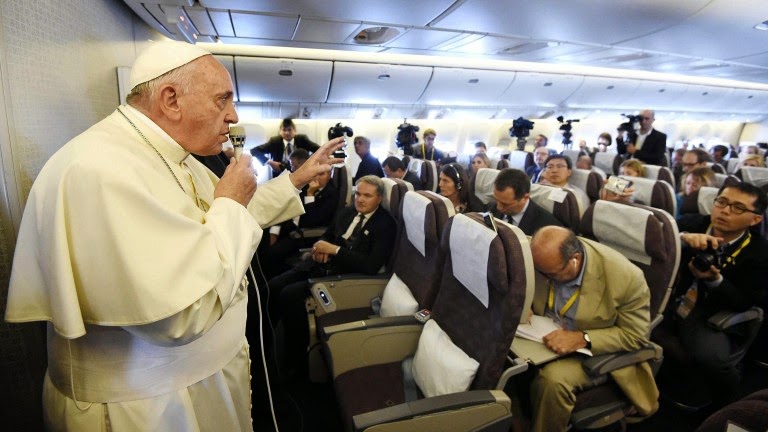 On the flight back from his six-day trip to Asia to South Korea, he told reporters: "These are the fruits of the war, we are at war, it is a third world war, albeit gradually."

Also his special envoy for the crisis region, Cardinal Fernando Filoni (68), the Islamists strongly condemned. These committed a "genocide" against the Yazidis.

In addition, the UN must select the necessary resources to combat terrorists precisely. He was also willing to travel to Iraq as "an appalling level of violence" was achieved there. Given the situation in the country, a visit would not be appropriate but currently, the Pope continued.

Francis himself suffered a severe blow: In a car accident the wife and two children of his nephew Horacio Bergoglio died in Argentina (35). According to eyewitnesses, the car crashed in the province of Cordoba, about 550 kilometers from the capital Buenos Aires, on a highway with a truck together. Horacio Bergoglio himself survived seriously injured.

U.S. President Barack Obama (53) is based in the fight against the IS from a long deployment. In Washington, he said: "It will take time." The Iraqi army undertook an offensive to recapture the area occupied by the Islamists in June the city of Tikrit.
http://www.bz-berlin.de/welt/papst-franziskus-spricht-von-drittem-weltkrieg

Like the monarchy in this shit house, how come this fake Ba'al Hammon shepherd of death is still wandering around causing trouble after hundreds of millions of persons died to rid the world of their pestilence?

Because they are  all fakirs and everyone who died was cleansed. There never was a war to end all wars. Just a cleansing aktion by the legions of the secondary pontifikommandos of Yahweh.
Posted by INCOMING!!!!!!! at 13:42 Links to this post

Spin on it Goebbel’s Gobshite Towers! 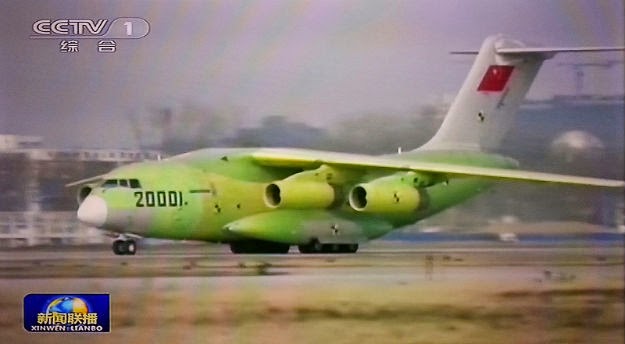 You don’t have to be a squeeze film damper or single crystal blade to get your head round this simple fact of so called false accounting as deindustrialisation.

Clock this “Airbus stated as of 2003 that the A400M unit cost was around $80 million, but the national budget

numbers at that time indicated that the unit costs was more likely to be $120 million-$130 million. The considerably less capable C-130J, a competing plane, sells for $67 million, which wxcludes the development cost reflected in A400M pricing. While the A400M program was officially valued at $17.5 billion, the actual costs were more likely to exceed $22 billion. By 2009 the program was about 5 billion euros ($7.4 billion) over budget and four years behind schedule.” http://www.globalsecurity.org/military/world/europe/fla.htm

Cast yer peepers at this “The TP400 will be an all-new engine, unlike the original TP400 proposal, which was based around Snecma’s M88 core and rejected because of poor anticipated performance. Developing a new geared turbine in this size class—greater than 11,000 shaft horsepower—will have numerous risks attached. It is unlikely that EPI will make any money on this $2.8-billion contract. And, of course, there is the big risk that the A400M program will be shelved. But if the program succeeds, with production of about 800 engines, this work would be a considerable boost to the European engine industry.” http://www.airliners.net/aviation-forums/military/read.main/71647/

So just like in the case of the F-35, UKplc subjects who pay for all this shit through cuts in everything are not to know exactly how much the make work through joy scheme is costing us.

How ever the main belly ache today is about the use of the expensively developed brand new high speed rotating machinery AND their handed drive trains.

Where the fuck is the civil spin off then?

I mean if a load of high tech Nazi researched A-Bomb trucks can lead to the revolution known as the jet age. If a programme to haul tanks over fucking huge distances and land them on a six pence can lead to millions of us parked on a sunny beach for sod all pence. Then what the fuck is a shit load of 11,000 horses going to do for us?

The answer is nothing.

Which brings me nicely to just what are we going to be doing with too expensive to risk flying delivery vans?

Well a few simple home truths should clear that up. If some geezers in pyjamas could haul down a shed load of Air Cav, and keep the production lines humming, in CochinChina 5 decades ago imagine what the geezers with looted MANPADS, ChiComm supplied HEMPS, 6G AAA and local ingenuity can do to anything that has whirly things, slowing down the action, attached. I mean black hawk down just ain’t hurting enough to describe the carnage. Go on. Imagine an A400 forcing its way into Khe Sahn. Phukk Me!!

Unless the modern equivalent of 2TAF have gone in and kicked the shit out of everything before, during and after then the fat bird is not going to be singing at all. What we have here is a failure, again, to prepare for peer to peer combat.

So the C17s, C130s and A400s will be swarming all around the helpless refugees.

That means they plan a shit load of displaced, soon to be dead, persons.

I do hope they are diversity compliant unlike the helicopter load of shatan worshippers we saw getting lifted out on last evenings GGT noos. I mean for a mountain load of wimmin und kinder, where’s childline when you need it?, starving and freezing to death I could only clock young street geezers piling onto the overloaded helicopter, overloaded by 1000lbs worth of GGTesque paid for mouthpieces and sound and camera equipment and operatives.

The stage has now consumed the real world and the prop dagger has become real.

Anyone who has serious combat airlift requirements should buy ChiComm. Just looking at the red bird one can detect Soviet propulsion, YC-14 tail, C2/A400 trucks, C2 wing fuselage join. Why research when you can have the tech delivered to you by the west’s industrial espionage operatives a la 1930s/1940s. 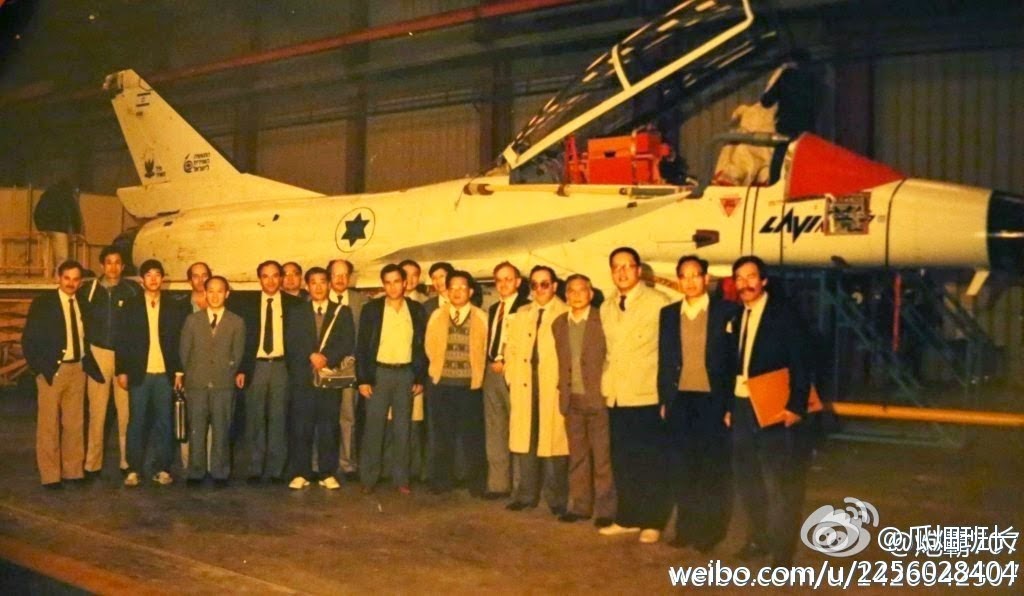 BTW do not expect a civil spin off from any ChiComm tech, that is corporate proprietary and not for sharing with serfs.

PS Mind you at least the geezers getting taken out by the Egyptian goddess are up front about worshipping shatan, and always have been, unlike the creeps hiding in plain sight in UKplc.
Posted by INCOMING!!!!!!! at 04:34 Links to this post