Corps Crop Rotation or a prelude to Part 13 of the Bomb Line; Part 4 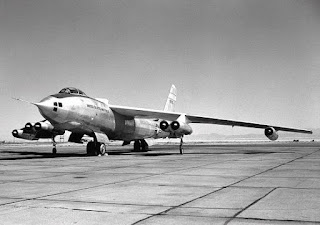 What is the definition of a war?

What constitutes a war?

And when do you know you are in a war?

What is the ceremony?

As I mentioned a little while back the USofA corp. and UKplc, with assorted allies, have been behaving exactly as the Heisenberg State of Nazi Germany did circa 1935-1942. Peace time economy in the midst of gunfire and sniper, millions dead and a weird occulted following creeping round the edges of the Herd Attention Space. The Black Wankstators. If one looked for the gunfire one saw peace. If one saw peace you got blown away Magnum cased soft heads.

As you know we are reconstructing here, through CSi forensics stylee, the real discussion of the Big 3 at .

So let us stick some facts into the brew before I switch on the Forensics Story Telling Machine, FSTM.

Of all the things that really worked during WW2 there was only one deployed. Only one used strategically and to lasting effect. The other two got destroyed.

R. “We feed you all and fuel you. We power you and deploy you. Don’t forget.”

C “Our principals still have a problem despite the carnage. Some remain who have not forgotten. They must die and then the curtain comes down” 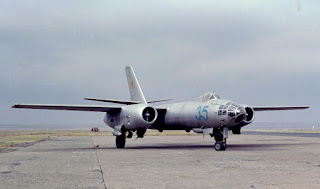 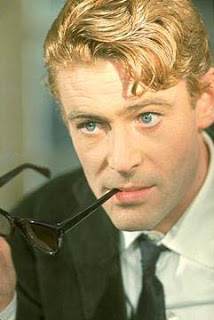 You were too good for any bauble. Truly beyond metric.

Enjoy your days in retirement.

Corps Crop Rotation or a prelude to Part 13 of the Bomb Line; Part 3 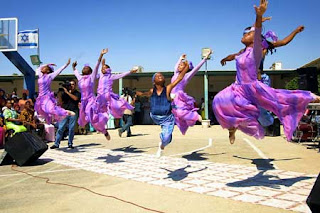 Where ever one looks out here on the Ausphart there are persons and machines focussing on loci of, to them, singular concern. Front running high frequency peddlers of engineered no thing. A spiraled coven of ancient OCD unevented horizon.

There are other machines that deliver database queries and fail the Turing test. There are real agents that fail the test before they start pumping and dumping. The Faan for example, which seems to be nothing more than the Daily Mail’s digitised archive CR’d to buffer on a regular basis, got all down with the RCE/TA on command. Faan you are like a polite, mad, MKUltra'd librarian. As I walk through the front door intending to seek, you throw massive tomes of contusion at me. The end result is that I end up in A&E and my task is delayed again.

BTW there are no event horizons just darkness of the soul. A place where one needs no eyes. A faithful invented construct.

So what is it that we need to flush away in order to see?

There are some, tagged RISC, at the other shop who do not seem to be able to drag themselves away from the lucre alter. The altar. They focus on one specific shibboleth. A given to keep one unaware.

Why are troofers so focussed on the hitler, the huschwitz, the hew, the holocaust, the hermite?

The answer is to keep the most important question from forming, just as the librarian stuns you, with a direct kinetic tome strike to the cranium dome with things you already knew. A book of weight to ignore you.

Like the Holodomor, to honour the dead is to speak and see. Einsatzgruppen from the Pripyet were in action. Imported at vast expense from the Bomb Line. Sonderkommando from the camps.

Have you been to any NOACTION NOAHide meetings recently?

The so called jilling of kews fails the Turing test.

Corps Crop Rotation or a prelude to Part 13 of the Bomb Line; Part 2. Reposted Dates to remember before and after 9/11. 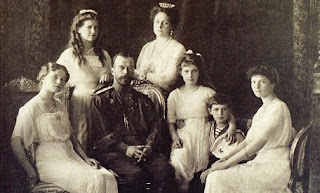 I was thinking about Kaganovitch the bankster’s commie Khazi bitch earlier and this random, or not, sequence of events came to mind. As I mentioned earlier the NOAHide modus repeats though never replays exactly.

9/11/01 Destroy the basis of the society whilst killing millions..

This is what a no planes demolition looks like. I know, I know the footage looks like it has been sepiashopped or some such 1930’s trickery. Yes I know there were bibles found at the scene so it was likely counter revolutionary seminaries were involved, sneaking 2000 lbs of TNT under each cassock and hiding the explosives in the font. See they didn’t even get the thing to fall within its own foorprint. Orthodox amateurs. The glorious NKVD and people’s Soviet would have blown the thing to fuck completely. So it cannot have been anything to do with the Khazi Khazari Kaganovitch and his murdering warped belief systems getting out to play under the excuse of internationalist proletarianonanism. No lets face it the Khazars just like to kill human beings in large numbers. They’ll take any excuse but don’t have any balls, or real beliefs, so they disguise it in some sort of crap, newly dreamt up, terrifying belief system.


The whole beautiful thing was to be replaced by this ugly dump. A tribute to evil megalomania and a truly hideously, amateur, retarded, indescribably puss filled buebolike assault on humanity. This is what happens in a monoculture, equality quota’d, diversity compliant, terror state. iRED. uDEAD. iGREEN. uDEAD.

Kaganovitch murdering Khazi Nazidroid. I know but there is that NOAHide stench again. No history back further than around 1945 that you are allowed to know about. It is like Milliband’s grand daddy, obscure, lost in the mists of time. A time when the commies were running around killing everyone in the east of Europe. The silence in all these cases is telling. We know if they had nothing to hide we wouldn’t be able to escape their evil cackle reciting their endless, boring, so called glorious achievements.

There can be very little doubt that somewhere at Yalta, Potsdam or one of the other meeting places where the banksters got to confab behind the skirts of the frontmen a conversation along the lines of…”You lot have done your jobs well, however even we cannot stop the survivors across Europe remembering what was done. We’ll give them plenty to think about in the coming years to keep them preoccupied but 50 years is too long to keep the lid on. So you are getting shipped out pronto. You’ll have a cover story but you need to leave. We’ve got another mission for your unique skill sets anyway”

Now that makes more sense than the bollox served up by academia in the prescribed text books. Doesn’t it?

The religioKriminal game needed a poor totalitarian state to hide its subsidised chief killers and a bamboozled state to fleece. Guess which side of the iron curtain USofA corp was on? Guess which side Kaganovitch the psychonoughtnihilisticslaughering Khazidwelling bankstermoll slept?

Now I don’t want to alarm you too much USofA corp but you are beginning to give of a massive NOAHide stench. You are taking on the shape of a totalitarian shit hole where the killers will be allowed to sleep in peace amongst you. There is without doubt going to be an assault on the basis of the US.

“We the People of the United States, in Order to form a more perfect Union, establish Justice, insure domestic Tranquility, provide for the common defence, promote the general Welfare, and secure the Blessings of Liberty to ourselves and our Posterity, do ordain and establish this Constitution for the United States of America.”


Just to make it perfectly clear the above quotation is anathema to NOAHide. Your POTUS is a contradiction designed to further discredit the office. Your military has gone merc. Your economy has been killed and petrified. Your society is rotten and has nothing to offer to the world any more.

Remove and replace. Primitive fools always looking back into the dark.

You reek of the death stench of NOAHide and your date is coming. 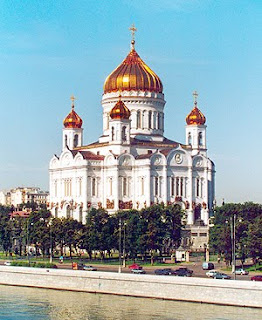 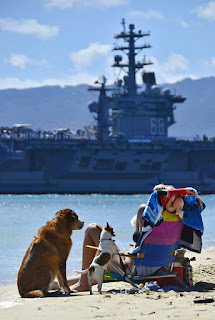 I cannot think of a time, even just after WW2, when…. 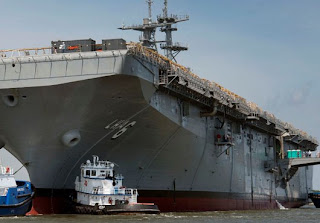 …there will be more flat top acreage in more navies than in the next few years.

Another Big Ocker hits the waves.

One thing that is little noticed is that the USofA corp. has been studying their flat tops sinking characteristics over the past ten years or so.

Some times you just stick it out there. 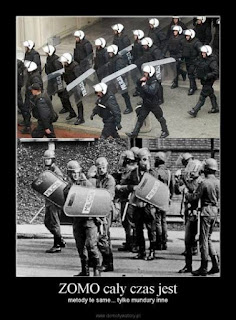 Some times they lose control of their topology.

Sometimes the thread is bared. 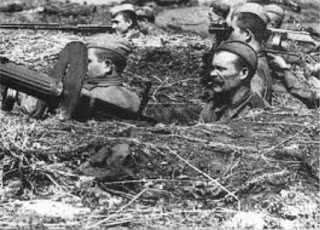 What would it take to remove a civilisation from history?

As Second Look details over and over again it takes more than war, you need to constantly write your victors fiction over and over and over until all counter memory is dead. War can never kill the memory by itself. Then even when the civilisation is rediscovered one must build a fiction consistent with your given current fiction so that all is contiguous though ridiculous.

We’ll be talking more about that when I crank up the forensic story telling machine again. 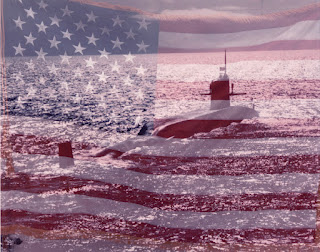 Where is the Jimmy C though? 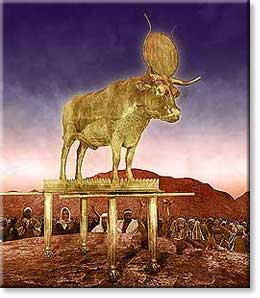 For those aware; can you spot the NOAHide? 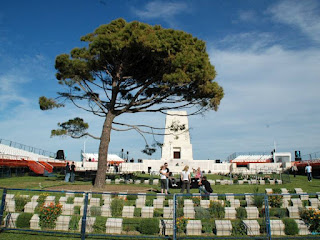 Are you in camera?