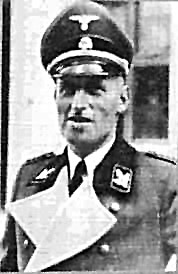 Interestingly you keep off the streets in a city sweep. Though in a play you display.

This is still a police action.

Now why would it be a police action, Dixon of Dock Green stylee?

Have you ever wondered about the function of the priest police?

Have some of my favourite unreality.

Keep off the streets. What is the putridity of unspecific perfidacidic unreality?

So what is the likelihood of our attacking our enemy selves again?

If the ever completes the two floating fire bases, they will sink.

Check the  ba’alhammon bishop of rome,the current sourced lizabet, prinz of dwarf miners and the fools in tears overwomen bishops of the heathen. (I hope you get the pseudo JB advert, BWAAHAAHAAAAA)

Phukk me, they are going to burn. 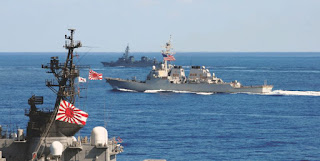 Stealth is a debt cancelled colourcouncillorcanceller of death.

On More On Fiction and/or Pathfinding 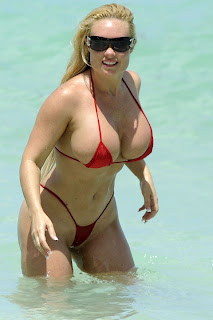 So much hang out, implossionable to limit, milked to create a fission fiction and distraction.  Separate and lift the reality with images of bloated steam. Two mass gun attractors. 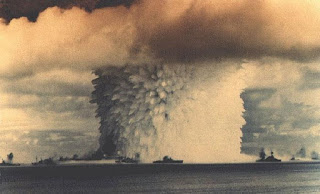 What was hiding and flushed into the Protektorate? And enema’d. In which we are supposed to believe that a triple ring of security kept all tight, dry and secret. No colostomies. Secret from the occulted? No way. Accounting systems are the iCSI. All was known in BIS .

If there was no thing to be stolen from then why the transport of slaves to disguise the theft? Why the factional fictional insistence of 6 million dead original heathen believers disguised as monoheathenised jews supplied by Zionists to the Nazi slaving machine? Why the proposed Ashkenazi flight to the Roth fire base in RCE/TA with Nazi blessing during the fire fight? Why the ignorance of the 100 million dead Europeans?

Remember this insult to our intelligence is the future they would engineer for us all in TesMartBurySonderkommando KapoAushwitzSlaversSatietedStateMall shopping trolley mine fields. Death, debt and slavery. A practiced run. The reinstitution of the company store of . A closed system. Whilst the fools are kick starting ladyboys (H/T to you know who you are) and pull starting weaponised hookers of leisure and pleasure in far away sand swept mansions of lined, photographed and scored opium child violation. Drowning in falsified money, ersatz wealth.

What is there not to believe in? LIBOR? BIKINI?

Why the current gold fixation? Why the sudden appearance of a “scrap” gold front in immediately after 2007? Now gone. What got resolved?

All is falsetitty. Full spectrum bullshit.

What is it that really phukks me off? The visceral knowledge that all presented to me throughout my life has been a fictitous banquet of crumbs, left overs and reconstituted offal. Are we never to be allowed to ignore the filth or have our peace. Only the official truth is to be allowed to search our ears and bleach our mind’s eye. That it is a continuum of witches’ spew, canonical, catechal and will never cease until we die.

Now it is our time to write of what the scribes have wrought in larcenous amnesia and wright the wrongs as only a true wordsmith can forge.

She dodged the bullet. 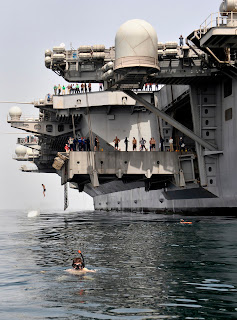 The old girl is decommissioning at last. Man was that close!!!

However there are other old barges that need looked at and watched.

Newer boats that need to be painted.

Always remember that your Thanks Giving or Christmas will be deliberately ruined to bring you miserable MSM headlines and reports from the monoheathen .

More On Fiction and/or Pathfinding 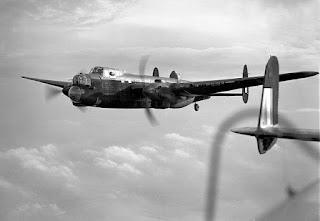 What purpose did the great bomber streams serve? What did pushing 1000 bombers through a small volume of Reich airspace, over a small area of Nazi realty in a short space of time, all ruined by targeting creep, achieve?

What did all the dead 55,000+ RAF and Dominion flyers get deployed to achieve with no recognition for their battle service to the Empire over the Reich? Especially Berlin.

Was there any purpose to the removal of hundreds of thousands of German civilians from existence?

Let us keep this short. For it will bite us in the ass soon.

The primary weapon system deployed against the German people was activated by Hjalmar Horace Greeley Schacht 1933, in concert with his bond buddy Montague Norman and the Fed. A two thousand year blood debt. If you don’t get that you will be forever useless. Not usruryless, jastas no just thing. A tactical nuclear division was deployed to obfuscate by greed of the perverted, on demand, analogue. Orphan homed as an atomised, annually abused lonely economic child in equation envy.  Keynes.

(Just to let you in on a great secret, a nation can develop quickly when freed from the 5-10 bankster tax that kicks in BEFORE any economic activity. Why do you think USofA corp is now phukked? 5-10 tax before a waste of tax payers money on ammunition whilst at peace. That is geometric suicide. Phukk D’Witz. Though unlike the supporters of GRÖFAZ, who idolise the muppet, you’ze gotzta understand the racket ante and that takes more than induction to open secret organisations)

If that that last non bracketed, unlike Hamburg, paragraph passed you by, destruction of high quality German family housing was a prime target of the command. Not to deny the massive holocausted, incinerated, collateral damage of a warm house but to deny the potential invading witnesses, who’s familiars had lived in shit holes for centuries in England. Evidence of their dullardedtude. Propagated at home, for when you are too thick to manoeuvre you think. Wanting for a rabbit. They were never going to get there though, the sluice gate was open.

As alluded to earlier we need to look at the Protektorate, where workers were respected and rewarded for their labour, free of slavery. Free in the swimming pools and contracted. Soon to be, as usual, biblically redacted in fiction and legend financed by infinite paper money darts of lethality

All that the great big wheezy bomber fleets did, the high altitude were rationed by “hunting” for deployment after the false iron curtain employment scheme came down to slavery, was to flush the German tech out of the Reich for pick up later.

Look at the defences of the Protektorate in early 1945.

Everything waiting for pick up.

Evacuated except for the morsels.

Bikini and Inchon next via Soviet OMG.

On Fiction or Pathfinding 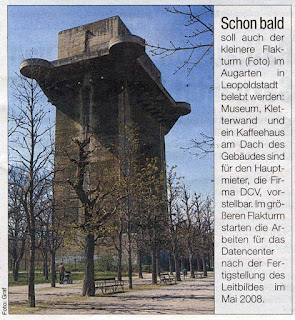 At last the musings are structured in order to make some sense. We can finally bring all the thoughts that have been deliberately scattered by education and Manchurian candidacy into focus. By chance a while back I got deep into the bowels of the state educational process here in UKplc and realised that there is a programme of deliberate discrimination and stultification at work. So when I ask myself the question “Is your view more or less valid than the given INCOMING!!!!!!!?” My answer is “Yes” far more valid because it is not a supplicant’s view point.

Apologies if this thing gets too long. I want to finish off the stuff started, and summarised here, a long time ago in one final blast.

So what can I address that we never get to discuss or read of in the day dream media?

I will address the “Lines” here and hopefully finish off something that has bugged me ever since I was a boy. Specifically I will give a good booting to the fiction of the more local Lines, The Bomb Line, The Iron Curtain and Nth/Sth Korea. I will leave further discussion on the ancient Ziggurat Line for the other shop.

As I mentioned previously certain “events” like , and slip under the radar because we are kept ignorant of the true nature of what came to pass. What actually was the purpose of these events, what caused their engineering there in our reality?

Well then let us start with the series I called the Bomb Line. If one looks at the true nature of the shooting match then, despite what we are told, the National Socialist state did not mobilise for war until 1943. Unlike UKplc which kicked off in 1939, USofA corp which “officially” mobilised in 1942 and the heathenoid Marxist shit heap called , which was being financed by RCE/NY, to kill its people and mobilised for war from 1930.

Now just an aside here. We are supposed to believe that things are occluded when the dialectic causes opposing systems to bring a state of “Cold War” into being. That no one can know what is happening on the other side. All is dark. Well that is bollox. The banksters know everything. Why? Debt based finance is a system for spying on the whole human race. That is why no independent central bank can be allowed to exist. The banking system is a fully integrated 24/7 monitoring and intelligence system for the banksters and those who accept their given religions are weapon systems to be deployed against humanity. That’s correct; monotheism is a weapon system whose root is in the original bankster crime scene thousands of years ago.

Anyway back to looking at UKplc. Interestingly it is only by 1942/43 that the weapon of choice to be deployed from Airstrip One was ready. 3 or 4 years of phoney war and rationing, the sudden appearance of infinite amounts of capital on both sides of the , after millions in USofA corp had died when there was a sudden, natural and mysterious disappearance of capital in the 1930s. Hey don’t look too close, there be Nazi’s about. So when one looks at just what the heavy bomber force achieved the answer is no thing. Square head weapon production skyrocketed, new weapon systems were developed and deployed, the most advanced concepts were tested and made operational. So what actually was achieved by the vast bomber fleets assembled just in time for full German mobilisation?

(I’ve run out of time for today so perhaps a page at a time until the endwoch.) 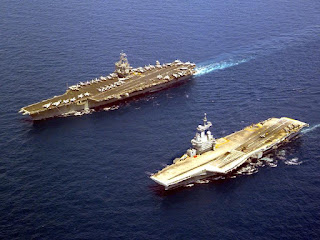 Well you know my favourite, the bestest ever, sundered by penny pinching cowards, off Gib. 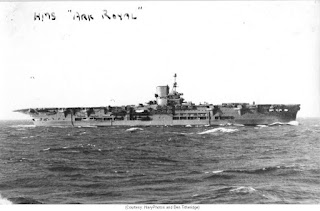 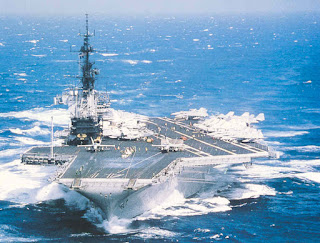 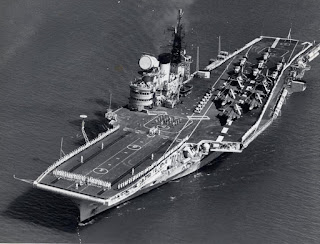 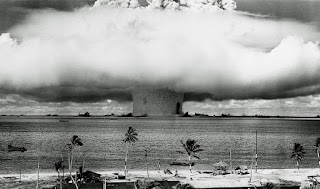 And so I slew around at last to . 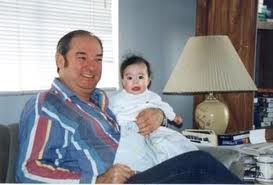 Have a listen and remember, remember the 5th of November, think hard, when the Pale horse needs to shirk off the monkey muney cultist multikulti haremed parasites from and (, Habsburg lands) and act.

He self corrected on the UFO front, he’d got it, perspicacity, before he was delivered therapeutically from the Lead Pill Pharmacy.