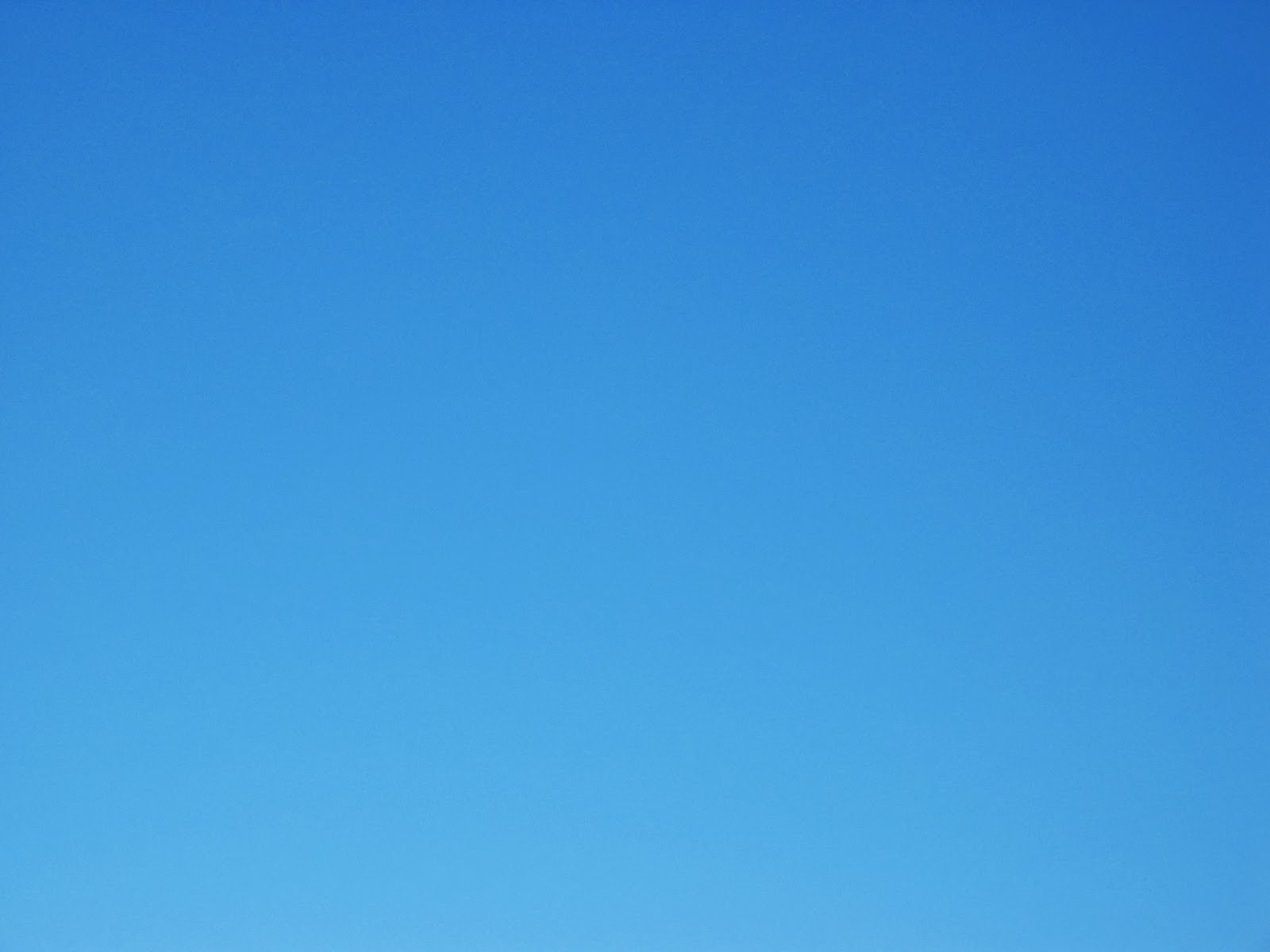 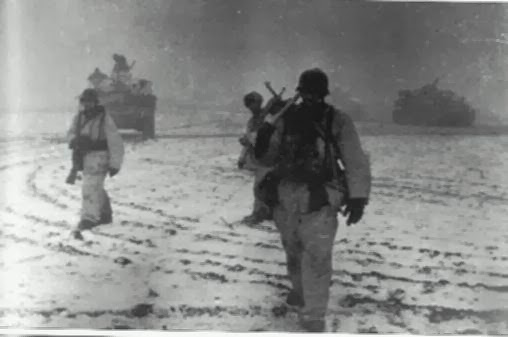 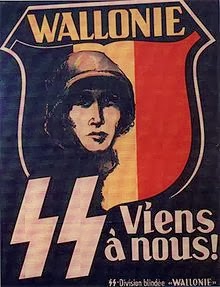 And the Belgians of course.

So what is going on?
To summarise. 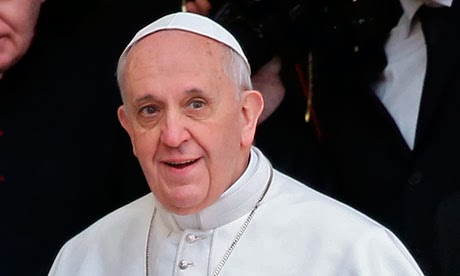 With Rome handing over control back to Jerusalem then the last remaining obstacle to removal of Ba’al’s godlike pretensions in Europe resides in Muskovy.

However this is a side show. Kind of like this old fart during the main arse blast. 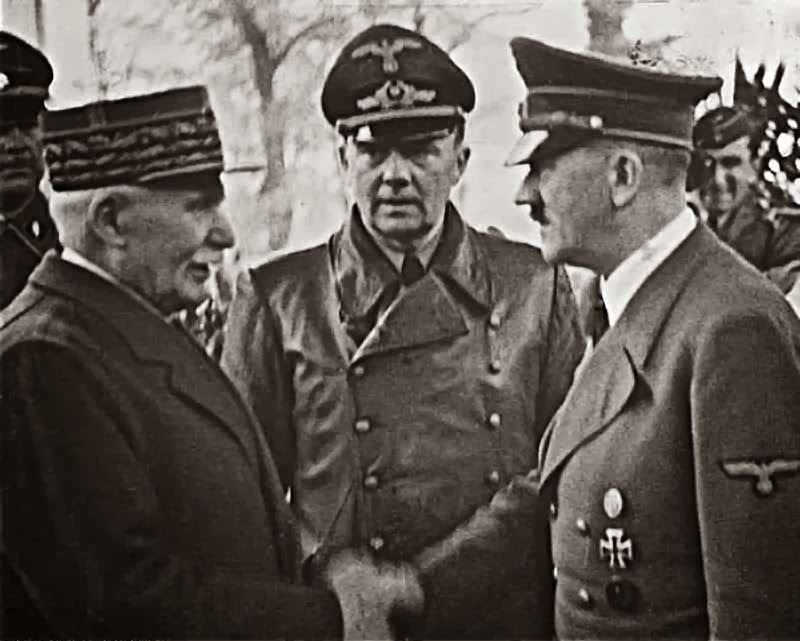 Nowthen nowthen boys and girls. With the eviloids banging out and planning centuries ahead, covering their retreat by fomenting massive war within their scalability capabilities. Rule of thumb here, if they can manage it they will do it. Then what comes next? Where is the spot that their scalability capabilities are fully deployed to kill massively?

From the manoeuvrings it can only be the removal of the ancient, again, since the last remaining rival modern currency capability was liquidated between 1913 and 1947.

If we can assume that the ChiComms are kosher then the schwerepunkt will be south.

India/Indonesia will need to be strategically realigned within the limited aims of Ba’al.

However the old maxim of von Moltke the Elder still holds true.

Or to put it more clearly,

Ba’al is too stupid to realise the closed system futility of it’s actions. Ba’al has learning difficulties, just like his worshippers in gold. I mean how thick can you get? You’d reckon after 5000 years of eviloiding you’d get the universal message. 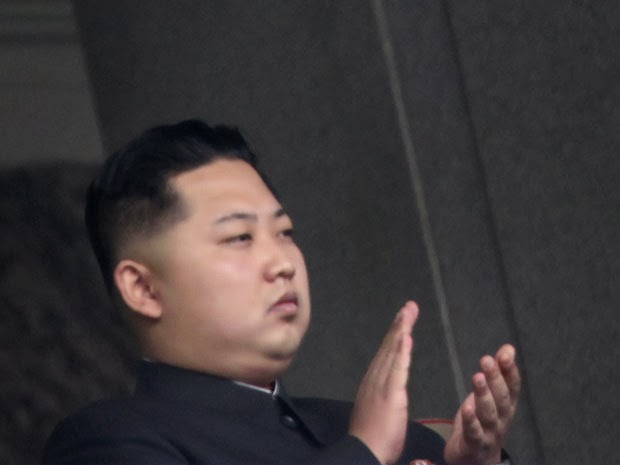 I got that sinking feeling.

All we know is that the shooting match is upon us again.

What happened when the goose steppers wandered back home in 1936? Nothing. Zoh…’s greatest so called democracy with the strongest land army sat by the wayside and did nothing whilst a load of Eidelweissers with not a starting pistol betwixt them retook a load of frontage and acreage. At the same time the heirs of Nelson wandered around plotting blockades of and firing solutions, queuing, for Mers-el-Kébir.

BTW it always makes me barph when some clown points out that our house painting chummy never ever got a majority vote when he was asked to form a government. Name me any government in UKplc that has ever received a majority vote from the great unwashed before being asked to form a government not of the people. Oh and whilst the child molesting clowns at the Nowthen Nowthen Boys and Girls GGT are busy celebrating the fiction of WW1 could we please realise that no democracies kicked off the ball game in 1914. They were all oligopolies. In UKplc’s case, a badly fed, bandy legged, ignorant, illiterate, diseased, soon to be deceased, economically failing criminal shit house.

Anyway note that in 1936 the garlic swilling geezers with the war making capacity, despite a bankster engineered failure of commerce, could still have rolled over the sausage eaters. Oh don’t give me all that public opinion bollox. We know that when the DNAbanksters give the word the presses roll and “public opinion” promptly aligns strategically with the DNAseleksters objectives. Go on; go read some business text books on the object of abject subject.

What do we have today?

Well the chow mein chompers are heading home to reclaim the lands that their admirals, centuries ago, made pay tribute. The world’s greatest so called democracy with the strongest military has made it quite clear in those ever so transparent lying Polish assurances

I may add that the French Government have authorised me to make it plain that they stand in the same position in this matter as do His Majesty's Government.”

Oh boy who’s been reading from the play book provided by the geezers in the Big Room who flay alive those who fail them.

“Now speaking in , two months later, Kerry this week hammered home the notion that the won’t abandon should an attack from emerge.

"I... underscored that the United States remains as committed as ever to upholding our treaty obligations with our Japanese allies,” Reuters quoted Kerry as saying, referencing the Treaty of Mutual Cooperation and Security between both nations signed in 1960.

"The neither recognizes nor accepts 's declared East China Sea [Air Defense Identification Zone] and the has no intention of changing how we conduct operations in the region," he added, according to the Associated Press. "We are deeply committed to maintaining the prosperity and the stability in the Asia-Pacific. And that won't be possible without respect for international law, including freedom of navigation and overflight.”

The has numerous military bases in and across the region, and would be obligated to provide military assistance under the mutual cooperation treaty should launch a strike in an attempt to strengthen their hold on the disputed territory.”RT

After a DNAbanksterkollecter engineered shaggin’ of commerce, revealed within the HAS in 2007, we have a load of geezers with all the hardware and training they could want getting all uppity and spinning their chromed, pearl handled revolvers publically. They’ve been exercising their Marines and commands for well over a decade now. Unlike UKplc/NATO/Mafia these hard hatters are not training to bomb wedding parties, goat herders, children’s play grounds and hospitals with drones and paid for terrorists. These guys are quite serious about delivering kinetic phuck a la mode. Mano a mano and they couldn’t give a flying duck about diversity or inclusivity.

Now then the only question is where will the be? Or more precisely, where, if one was of a mind to, would one shoot an Arch Ducal equivalent today?
Posted by INCOMING!!!!!!! at 02:22 Links to this post What do you think the whole of NATO’s existence since 1990 has been?

How many dead persons that the banksters hate?

More NATO nonce sense coming up in Sochi so keep your heads down.

In 1945 the UK Army got a general hurry on after years of fucking around and stopped the Soviets, read Russians, from getting to the Atlantic. In 1945 the US Army got a general hurry on to loot Germany und Reichsprotektorate before the Soviets, read Russians, got their hands on the gold and tech. In 2014 NATO cannot stand the Russian fleet in the Med. Oh how that must really smart. Centuries of keeping the Russ out of unfrozen ports using stupid treaties like the Bosphorous crap.

However no one seems to mind the ChiComms slavers skulking around the Med, Red Sea, Arabian Gulf, Indian Ocean, Panama canal, Bay of Bengal, Yankee Station, Dixie Station, Yellow Sea, Sea of Japan in fact any where they please.

Can you imagine anything RN…oh I cannot be bothered. If you want to see how this is going top pan out just go read up about Fat Leonard and then read why HMS Ark Royal sank out side Gib.

Any way the one thing I will say is that when, not if, when the ChiComms and their Marines face off against the “Allies” my money, GoldmanSucks will accept my bet, will be on the geezers not checking their compliance/diversity/gender bias manuals and ensuring that their various altars and totems are fully joss sticked and draped with issues flags and trinkets.

It isn’t the super sonic missiles that will send LBJ to the bottom of Subic Bay it is the checking of boxes before any decision can be made.

Mind you there is also the likelihood that the White House will have Pearl Harboured them. 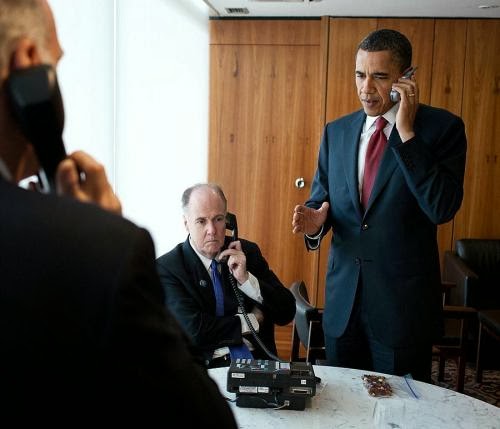 The banksters always get their current super troopers where they want them. All it takes is unlimited fiat funny money and bankster breedingspies.
Posted by INCOMING!!!!!!! at 04:46 Links to this post 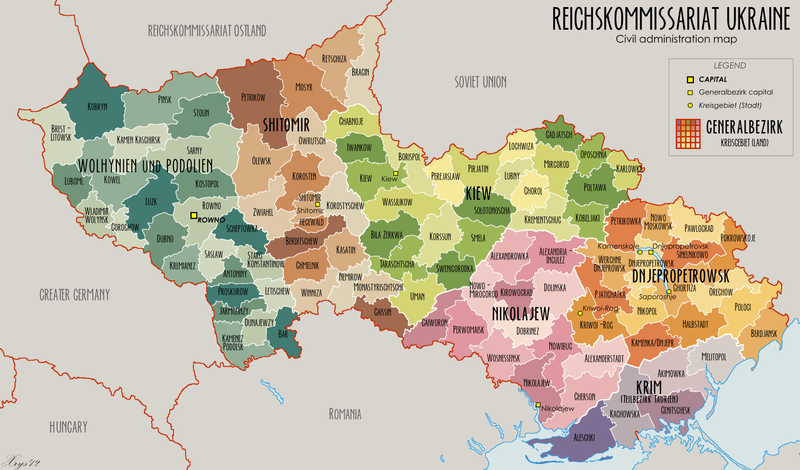 How do you know that the governments, our leaders, the ones we expect to be responsible or in charge of the community, have gone on the fly?

One sign is that you are left behind to die in the snow. No matter what you do, the forces surrounding you are financed to make sure you meet your end in anonymity, unmarked and unknown. That kessell moment.

Two classics recently serve as pointers to the uncoupling of the geezers stiffing us for their inflated salaries and the rest of us drowning or standing in the cold. 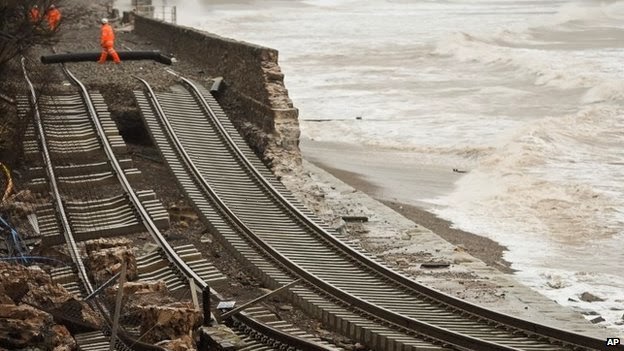 The PM’s office let it be known that the LU may be considered an essential service.

So whilst the criminal cabal that get invited to infest 10 Learning Difficulty/Special Needs & Diversity Strasse were supposed to be governing us and attending to our political wishes as a United Kingdom (Shitton Kondom) they were actually sitting around taking the piss. Instead of ensuring that the coastline was secure, planning for housing was thorough, essential services were fully funded and the Kingdom secure what did they do?

Spy on every move that the voters made whilst turning a blind eye to slavers, killers, murderers, child procurers and drug runners establishing/using operational bases within the Kingdom.

Stuff us all into AGENDA 21 cattle pens.

Give as much money as needed, unlimited funds, to the Ponzi fraudsters in banking.

What more evidence does one require to realise that these elected freaks have been to re-education camps. They are divorced from us. They behave just like a King of Judea dragged off to Avaris or Babylon and returned. They are just like the guests of Stalin returned from the Treblinka. Dead to us.

So could we rebuild the agenda of a Cabinet meeting during this period 1997-2014? Well we can have a good punt at it. In order to really rub in the salt we will contrast and compare what we as responsible adults would have put onto the agenda with what the real agenda most likely was. 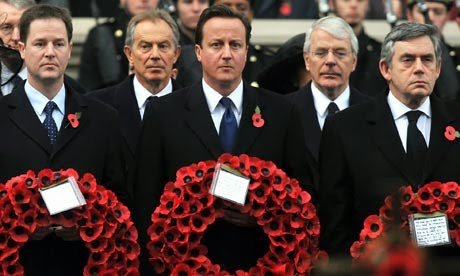 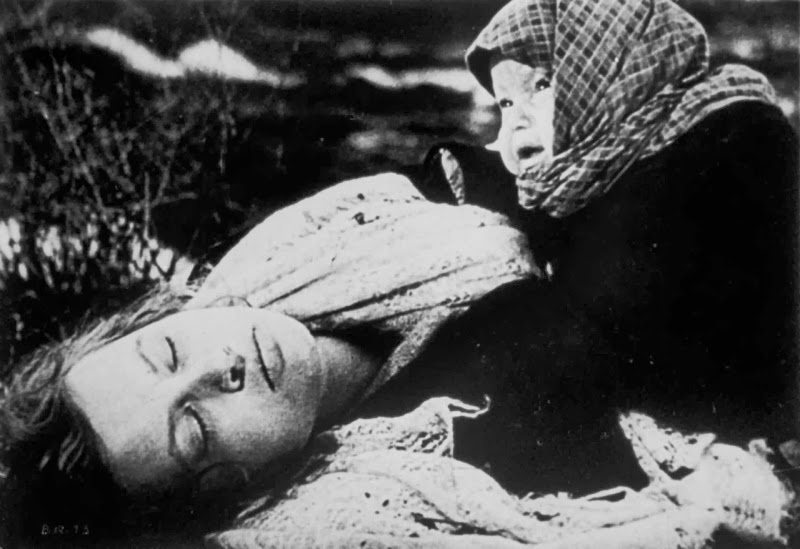 "Unlike many I have no great sympathy for those stuck in the concentration camp of . I care not for their misguided phekkwitting around with staged on/off flotillas. I consider it Karmic pay back for being a den of heathen white slavers."

Just wanted to ask when these clowns ever sent anyone to free us whilst they lay about slaving and shagging?