A brick smashed through my window today…

…and this was wrapped around it.

GP's 'anguish' over Baby P care I love the “nine” courses he’s subsequently been sent on at vast expense to the rest off us, though cheap compared to a life, however nine different courses connected to child protection!! What are these courses? Who attends them? How many more courses “connected to child protection” can he be sent on? I’ll bet they were all workshops, designed to deny the attendee the education sought.

If these “courses” were anything like the courses my nursing chum got sent on, the lucky troughers would have been parked in a nice expensive hotel near Heathrow and watched a bunch of preprogrammed “Stepford” moderators dish out modules and waste time on a massive publicly funded beano.

When I unwrapped that little item, what did I find beneath?


Sabah Al-Zayyat, which witch courses did she not get sent on then whilst lavished by taxpayer funded contracts in Haringey? Was she fleeing to Eire in the hope of getting the “workshops” on identifying battered weans handed to her on a plate over there by the Irish version of Common Purpose?

Two points I feel that reveal the total bankruptcy, and danger to us vulgars, of the “people professions”.

Firstly if I were on a 747 flight I’d be damned unimpressed if the pilot addressed us saying that he couldn’t land the bugger because it had suddenly gone all dark outside. He hadn’t been on the appropriate, diversity, equal opportunity, quota’d, common purpose approved and supplied workshop on landing mother fucking big bits of aluminium when the common purpose dissin’ non compliant disrespectin' sun has gone down.

Secondly if the two professionals involved with baby P had been Caucasians and the dead bairn of colour then this would have been all over the equality and diversified MSM. Or something very much like it.

What we have here is a racist, supremacist, elitist pipeline into our professions that has successfully sought to exclude aboriginals and deny access to redress this imbalance. The destruction of all the ways that UKplc aboriginals could better themselves has been hijacked and they will now be removed. The main vehicle being education which has been stuffed full of soft professionals who don’t know shit but can tick all the boxes for the certification authority. 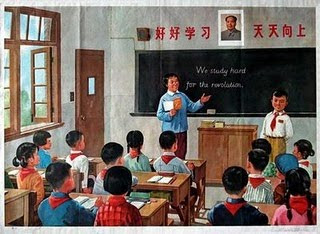 Everything in this country is being taken apart bit by bit so that all that remains is chaos. All the ladders are to be kicked away and the current administration is setting about that work with industry and concealed glee. Whilst shrugging their shoulders and saying “Nothing we can do the economy is buggered”. Of course the economy is buggered dipsticks! That is what removing industry was all about. Leaving the soft professions ripe for a fascist new charity state in all its diversified glory.
Posted by INCOMING!!!!!!! at 14:46