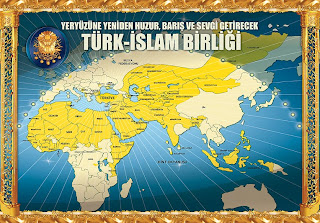 I know this seems out of place but the original part 7 is now part 8. Soon it will be klaar.

Whilst wandering through Kev Boyle’s shop I noted a comment from C. Now if there is one thing I love after a good map it is a good graph.

So following the steps recommended by C I realised that I could get a handle on something that has been bugging me.

You and I know we are not bankrupt, we have been put in a psychlogical condition known as hostage to fortune, well illfortune. The criminals, the spreadsheet terroristas, have engineered another one of their social change experiments. Now bearing in mind we are in their petri dish, what agents or catalysts might be introduced to carry out the experiment? In other words I’m wondering who, apart from RCE/TA which has all the world’s money, has no debt.

So once you’ve got the graph get rid of everyone and then tick box GB, France, UK, Italy. The big 4. Total EU debt in EUROs just to loosen your bowels.

I’m just going to let this slop over the sides of the thought bucket.

As you know I’ve been very suspicious of our erstwhile NATO ally for some time. RCE/TA chummy, no matter what you read, ChiComm staging post and strangely free from massive debts.

NATO has been dead for ages, the zombie inhabiting the system is a pirate force used to steal stuff and assasinate children this past 20 years. And you and I know that Turkey-RCE/TA pilots have been mixing it with Greek pilots over the Aegean for ages now, not without casualties.

Who do you think might be in a position to act as a force for stabilisation in the region? Syria and…..

Who might get tasked with securing assets and beaches in Greece?

Who is armed to the teeth?

Where is the witch bitch visting very soon?

I said ages ago the slobs will be at the gates of Vienna again.

There is a curtain coming down across the Med which just suites RCE/TA.
Posted by INCOMING!!!!!!! at 00:43