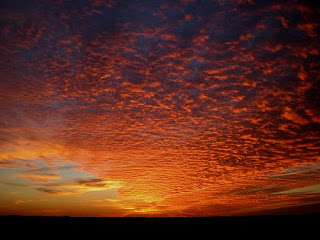 It is that time of year again, the end of year production. Once again I found myself sitting in a school assembly hall with 200 others, on children’s school seats, watching the rascals sing for their supper.

And lo, they were good.

I could allow myself to be transported away from thoughts such as,…….

The Chirch of England, just what is it for? False flags, are they a technical requirement of the technotronic age? Are there any public figures capable of writing their own words and delivering them? Can anyone see that logic has been triumphed by rhetoric again? Why do we need leadership courses? Just as why should a business person need consultancy services?

If there was ever a time to reflect on the progress of humanity through the aeons then that time was over the past hundred years. That the status of ordinary people came so close to freedom, freedom to think and realise, freedom to act independently, freedom to play and love without censure then it was now. The massive one hundred years long false flag has halted that potential, not destroyed, just stopped. It is that potential which is dreaded by those who would have us other wise herded into slavery.

By the second song I was gone into the world of musical.

Two hours later I was strolling back home, through the streets with the brewing sky overhead, happy as Larry.

Then the musing started again. What really drives the power over us is the addiction we have to being in large numbers. We voluntarily surrender ourselves to the herd instinct, to the insanity of crowds. We destroy our most potent weapon, our singular ability to independence. The banksterskanksters provide endless opportunities for us to lose ourselves in the crowd and we then fall victim to husbandry.

There is nothing inherently wrong in large gatherings of like minded folk, however when that comes first, before the independence, then we are livestock. Especially if the whole of our politicaleconomy is rigged to provide these herding spaces. Again Matthew Delooze is onto this aspect of the power weilded over us. We facilitate it.

Become independent first, human beings, very special souls and then gather. Now that would be special. That would be the NWO swept free of parasites and as I’ve always maintained, when you do the new population dynamics, there would only be a fraction of us here. One of the very interesting aspects to this new population is that the median age would be more than 200 years.

Now if you’ve absorbed that you will realise that part of the magic of the spell cast over us by sacred money generation is to shorten our lives and destroy the quality of average human memory. No memory, no love.

That is why they want to keep us in our short lived space.