Ghosts in your Ebola Soup, sans Frontiers, Monsewer? Don’t tell the customers, they’ll all want some. 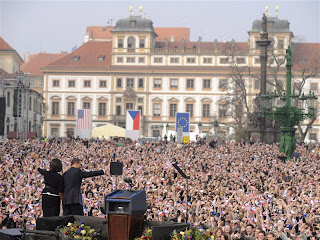 I’ve been watching this thing unzip for how long now? As me and my mate Tim used to wander around Trent Park boundary all those years ago we just could not not see how the flea bitten old ponyponzi show could stagger on without fresh meat. How it could survive never mind thrive. China and India were no where near integration.

What we had underestimated of course was the incredulity anaesthetising power within the Herd Attention Space. We underestimated the opposition. We were outclassed, outmatched and dead wrong. We didn’t realise that the world is drowned in the mashapen cacophany of the 24/7 all subverting wankstators. We were amateurs. They are the oldest trade on the planet. They can trade in the future. They are professional perverts. Disease memes and terminally contageous.

What we didn’t know is that everyone is so busy in the anti-noise cancelled din that they don’t know that the silence is humming with smelting hot designer oblivion and distraction. If you notice you’ll be cut down like a tall poppy, if you realise you’ll be stuck in a psychiatric ward, if you raise your head during the designer depressions you will die. The hundred, hundreds of flowers are there to be cut down like fields of rape.

Everyone fealting small and outmaneuvred in their constricting chess board. Everyone seeing the engineered strife shuvvelled on top of life. Everyone hearing the strident voices of conformity as change. Everyone thinking that the world is so complex and yet it is so simple.

Business is the main vehicle of sustainance currently. Every business is nothing more than a filling of a bucket. Each bucket pertinent and particular to each enterprise and each of the containers containing a banker drilled hole in the base. I know some may allow their business to rust and degenerate, lucky for the luxury them, however each business has been fundamentally sabotaged. That is why all commerce eventually descendes and degenerates to the desired slaver modality.

If you were unfortunate to witness this shit or this crap you’d understand why there are turds in the pail as well.

What is astonishing to witness is that not only is there no mooing or restlessness within the herd now that the stool bucket is full of ordure. There is no discernable reaction yet now that every bucket has been riddled by bankster buckshot and the whole game of retrieving potable water to sustain us all has been fucked. Don’t be thnking true business believer that you can do as the banksters are doing and slopout all over us. Oh no. Just like the Kulaks gazing at the Commisars, now warm in their dispossesed houses, from the frozen steppe. You cannot conceive of what is happening, just that you no longer count. You are a business person, you fill that bucket no matter if there is a hole in your bucket dear borrower, a hole in your bucket no matter how big it is.

I mean this society would still go about its business if it were encaged within a leper colony suffering an outbreak of Ebola fever. Blood could be streaming out of every orifice and yet the bucket filling game must go on. The sewers could be choked with the bloated bodies of their loved ones and still a market maker would attempt a price discovery mechanism. Fuck the societal recovery. Fuck the primacy of the human over the corporate corpus. All must be corpses. The meme of the djinn is sacred.

If you are still functioning within this madhouse then you should be aware of two things.

One. It doesn’t matter the modus and technical details of 9/11, if the toothfairy had farted over Manhattan then an official report would have been put together that was so turd in your face that it didn’t register what you could think or discover. We are the raw material. The event was a container. The snuff film was a catalyst. The whole ceremony was a transfomational magikian spell. And the magikians think it is irreversable.

Two. The magikians in their hubris, wise though they are, have conflated irreversable with hysteresis.
We don’t do irreversable.
We recover.
We are at a point of transformation. The world of the sacred Admiralty journeys of commerce and exploration, and hence capitalism, is being brought to an end. By design. It takes time to do this kind of high adept work. As I said somewhere in the 18th century when the final version of the map was put together a process of reverse engineering back to the original got started.
Deconstruction and destruction of nation states, nationalities, tribes and races. Mysegenation, secularisation, despiritualisation, ecumenicalism, communal beliefs and egalitarianism were proferred as shiny good things encapsulating the genocidal. A poisoned pretty chalice of evil brew.

Bear this in mind, whenever a wankstator turns in front of you. Ingnore its specular beauty. Should a wankstator point your way. Cast away your eyes from its wondrous mindmusik. Should an invisible wankstator turn your world ignore its eyethought and earshine, ignore its fracturing fractaled entreaties. If you don’t you are mindless.

To show how interesting this little problem can be we are soon to be presented with the largest collection of self winding, windpowered, solar ringed, onanistic wankstator festing fools on the planet. All to keep our eyes away from the fucked, buckshot buckets and the bleeding souls.
When we finally get to the 10th of 9/11 ignore everything you see, however watch with the wankstator trap in mind. Watch for the emergence of the second meme. It isn’t enough that there are turncoats in out midst before, during and after the event. It isn’t enough that we have a fiction factory for government. It isn’t enough that we are behaving as predicted and modelled. No. The five dancing Israelis didn’t see what they were supposed to see. They didn’t know what was going down. They were there to witness something. Did they see their something or someone else’s?

If that new building ever gets put up at ground zero it will be the most haunted space on earth.

Now you might not believe it but that episode was all part of the outcome of the bomb line. Just watch. 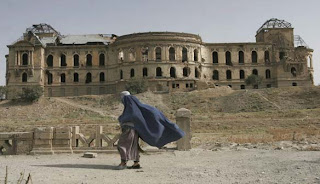